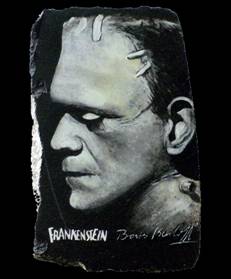 The drug industry changes a natural hormone molecule to make it patentable.   Bioidentical hormones are not a patentable product, so the drug industry chemically alters the natural hormones to make synthetic, but patentable and multi-billion dollar profitable substances   E.g. Provera , used in birth control, HRT, and endometriosis,  Cenestin® or Enjuvia® in U.S., Congest® in Canada (synthetic conjugated equine estrogens), and ethinylestradiol (a synthetic estrogen) all used in birth control . Alternatively, conjugated equine estrogens (CEEs) derived from the urine of pregnant mares are used in Pfizer's Premarin® and Duavee®(bazedoxifene and Premarin, for women who have NOT had a hysterectomy), primarily for HRT, but also for vaginal atrophy and as a preventative for postmenopausal osteoporosis.

Premarin (conjugated equine estrogens (CEEs) )    Derived wholly or in part from URINE of pregnant mares or synthetically from ESTRONE and EQUILIN. It contains a combination of sodium estrone sulfate (52-62%) and sodium equilin sulfate (22-30%) totalling 80-88% between them. Sodium estrone sulfate serves as a prodrug source of ESTRONE, which is in turn a prodrug of ESTRADIOL, both having normal estrogenic activity. However, sodium equilin sulfate is a prodrug of the estrogen equilin and then 17Î²-dihydroequilin,  which in CEEs has greater potency in the liver compared to bioidentical ESTRADIOL, similar to (although to a lesser extent than) the synthetic estrogens such as ethinylestradiol, which disproportionately affects liver protein production compared o bioidentical ESTRADIOL. (Kuhl, 2005)

There are many other hormonal components in Premarin, but the major active estrogens in CEEs are estradiol and 17Î²-dihydroequilin, having potent estrogenic activity accounting for most of the effects of CEEs. 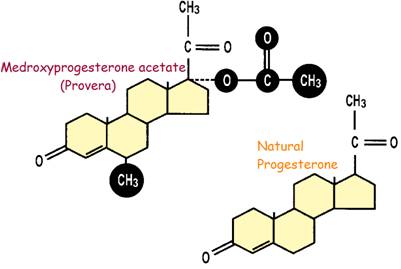 A variety of synthetic steroids and sterols have been contrived.   Most synthetic hormones are steroids, but some non-steroidal molecules can interact with the steroid receptors because of their similarity in shape. Some examples of synthetic steroid hormones, include:

What's the problem with synthetic hormones?

Compared to the effect of natural steroids, some synthetic steroids can have either a weaker or stronger effect on receptors they activate.

Some of the known side effects are:

These and other synthetic hormones should be banned, but the Pfizer (formally Wyeth) company, for example, has been accustomed to making annual sales topping 1 billion dollars on the sale of Premarin and Prempro, and so it doesn't take a rocket scientist to figure why they're still on the market!

Many bioidentical hormones are also available OTC in the U.S. :

(i) Estrogens: 17 beta-estradiol (an isomer of ESTRADIOL, essentially the same molecule), ESTRONE (E1) and ESTRIOL(E3);

(iv) DHEA (in low doses). An adrenal precursor to TESTOSTERONE)